Which is London’s best neighbourhood?

As champions of local knowledge we recognise the challenge of finding the perfect place to move to in London. That’s why we recently ran a survey of over 700 Londoners from all 33 boroughs to find out where in the capital ranks best for most essential factors. In the second part of our mini-series we ask: which is the best neighbourhood in London?

To the untrained eye it’d be easy to cite London’s pace and size as evidence for a lack of community. However, from its Georgian terraces to chic new builds, London’s urban variety plays host to one of the world’s most culturally vibrant populations with many thriving communities at its heart.

Our first question challenged the perception that Londoners are unfriendly as we asked respondents to rate their neighbourhood’s friendliness. With an average score of 62%, this was some 5% greater than when we surveyed only commuters, potentially indicating the root to this myth! 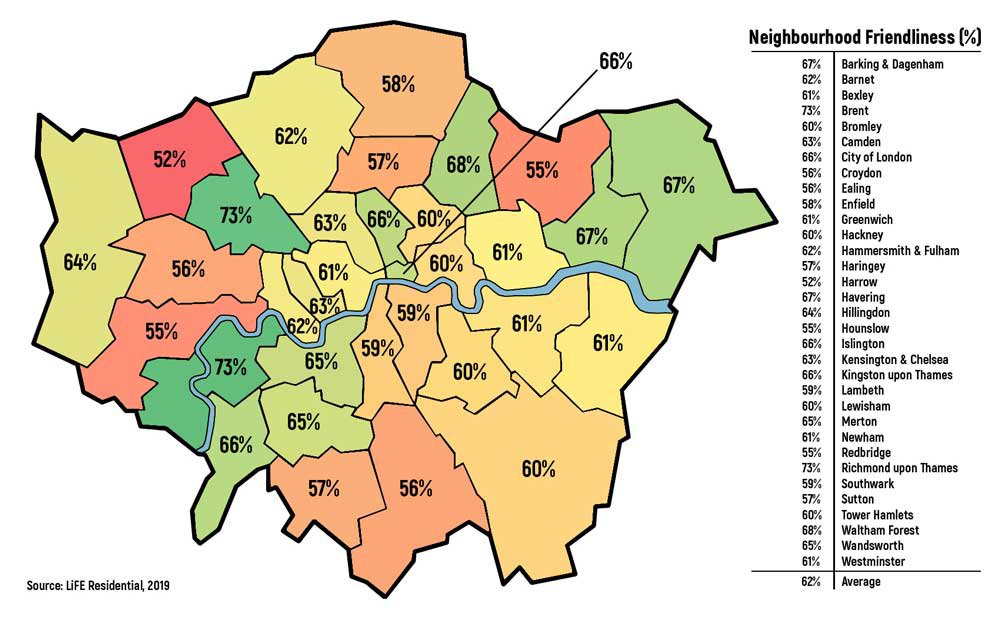 Brent and Richmond upon Thames came joint first with a rating of 73% each, with the former’s community and cultural creativity recently acknowledged through its award ofLondon Borough of Culture 2020.

Whilst Londoners may be friendlier when waiting for the bus rather than on it, another potential reason for this alleged aggravation may be the cost of living in the capital - wages are generally above the national average, but so is the burden of rent and travel. 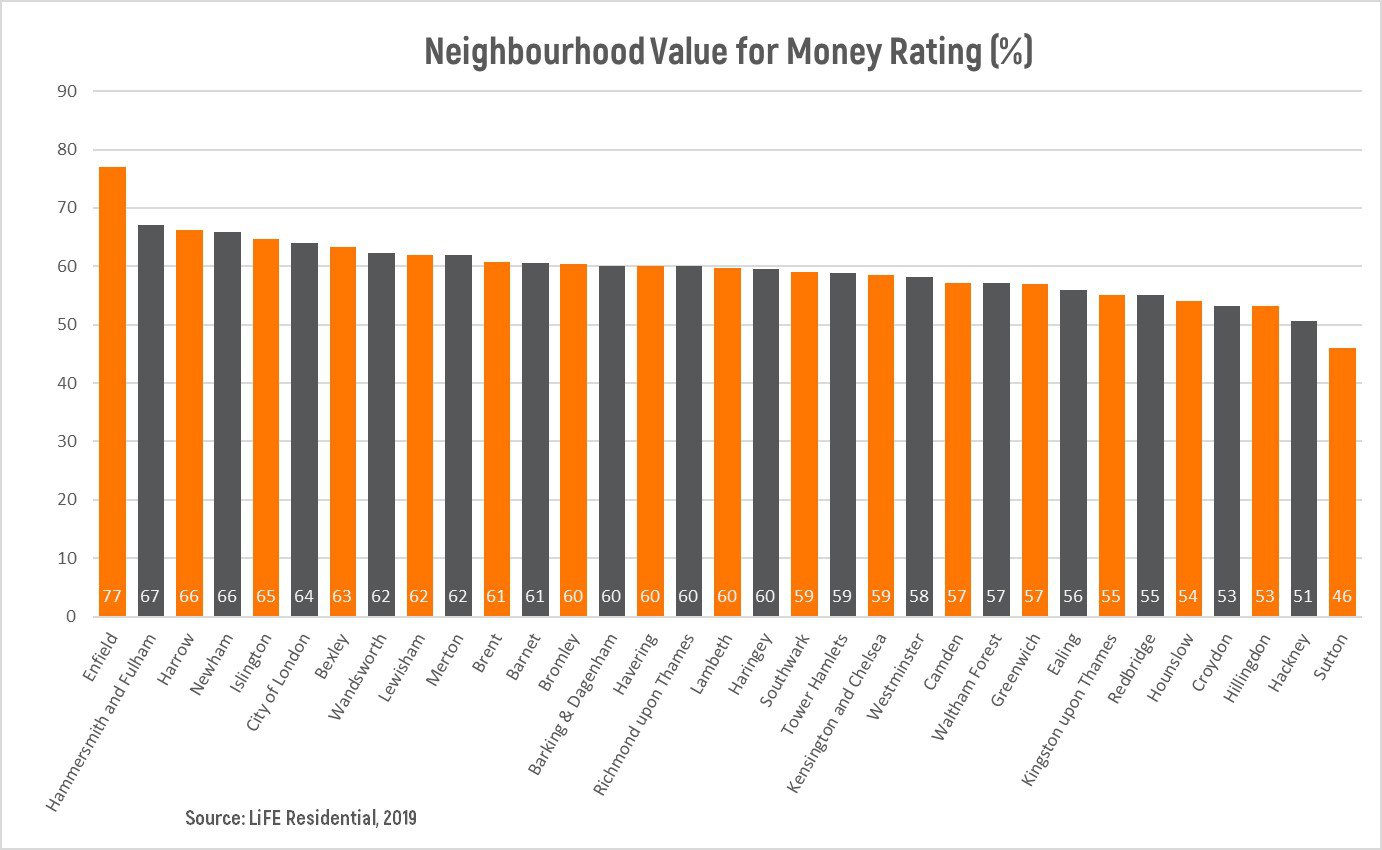 Our survey revealed Enfield represents the best value for money borough with a rating of 77%, as its north-London location provides spacious, lower priced houses still just 35 minutes from Liverpool Street. A couple of central-London boroughs were also present in the top 10, which goes to show that the variety of architectural and lifestyle options afforded by London’s size is one of its key selling points.

The quirks of each neighbourhood appeal to different people, and at the heart of each locality are the unique bars, restaurants and shops which service its needs. The trend of rising rents in recent years has put pressure not just on residents but on business too, and therefore a more tangible indicator of community may be the health of local businesses and the high street. 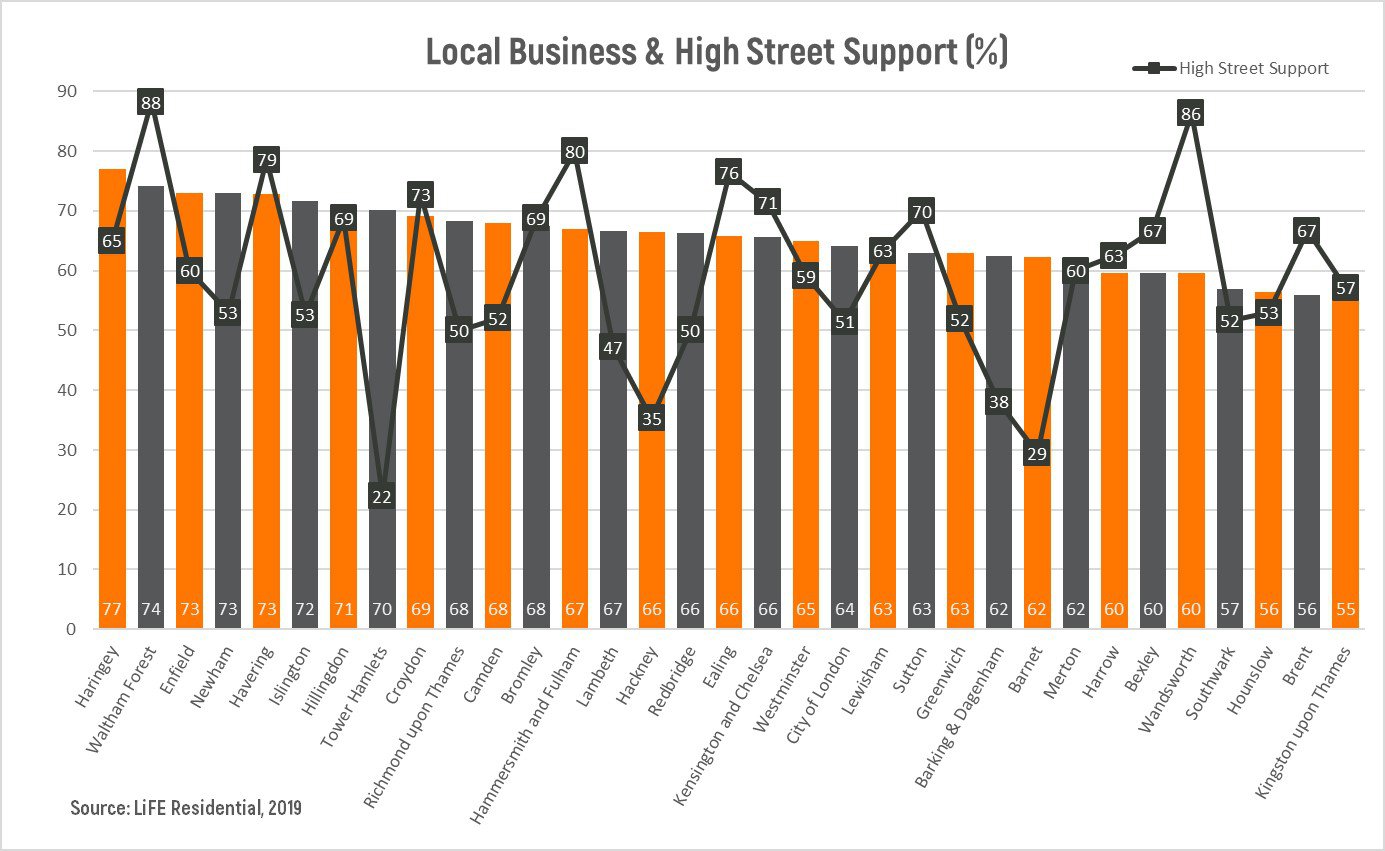 Whilst the markets of Borough and Brick Lane may be more famous, it was Haringey whose residents reported being most likely to support local businesses with a score of 77%.

Interestingly, support for local businesses also appears to be slightly more prevalent than support for the high street, with movements such as Waltham Forest’s burgeoning brewing scene proving there’s still plenty left in the barrel for London’s post-millennium craft food and drink boom.

However, when it comes to choosing your next home we understand there can be no substitute for gut feeling. Pinning down exactly what it is that makes something tick can be an impossible task, so our final question to our Londoners was simply ‘how much do you like your neighbourhood?’ 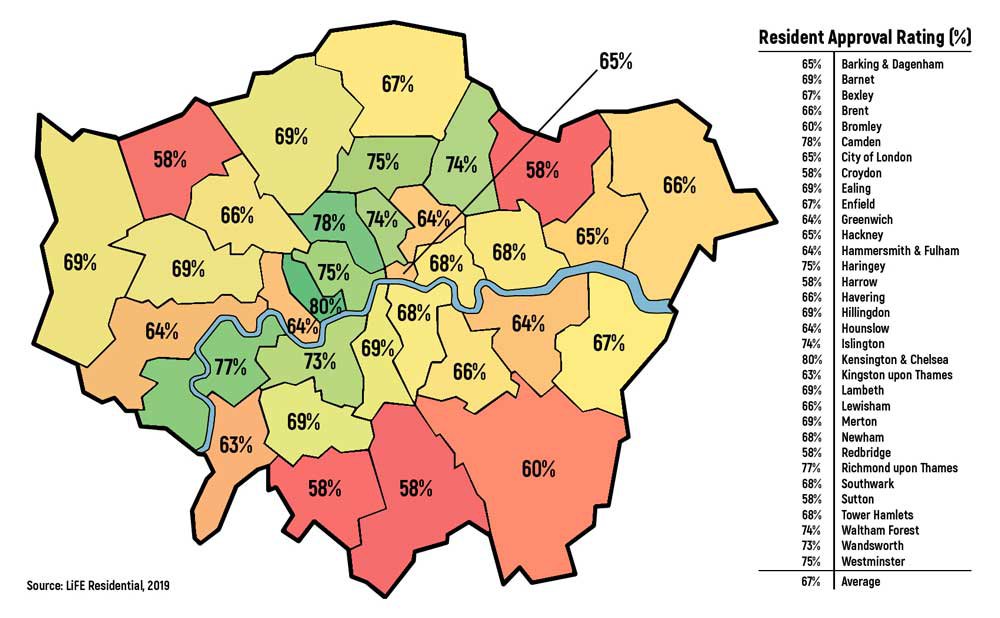 Our study revealed an average score for the city of 67%, but with some of the most desirable postcodes in the country, it was Kensington & Chelsea that had the highest neighbourhood approval rating at 80%. A disparity in approval for central vs outer boroughs is also visible, with next door Camden possessing the second highest rating at 78% whilst the lowest score was shared by four outer-most boroughs.

Having given each borough an overall score out of 100, the title of best neighbourhood in London was Waltham Forest with 70/100. With some of the highest local business and high street support levels as well as consistent scores across the board, this charming borough has an enviably tight-knit community. 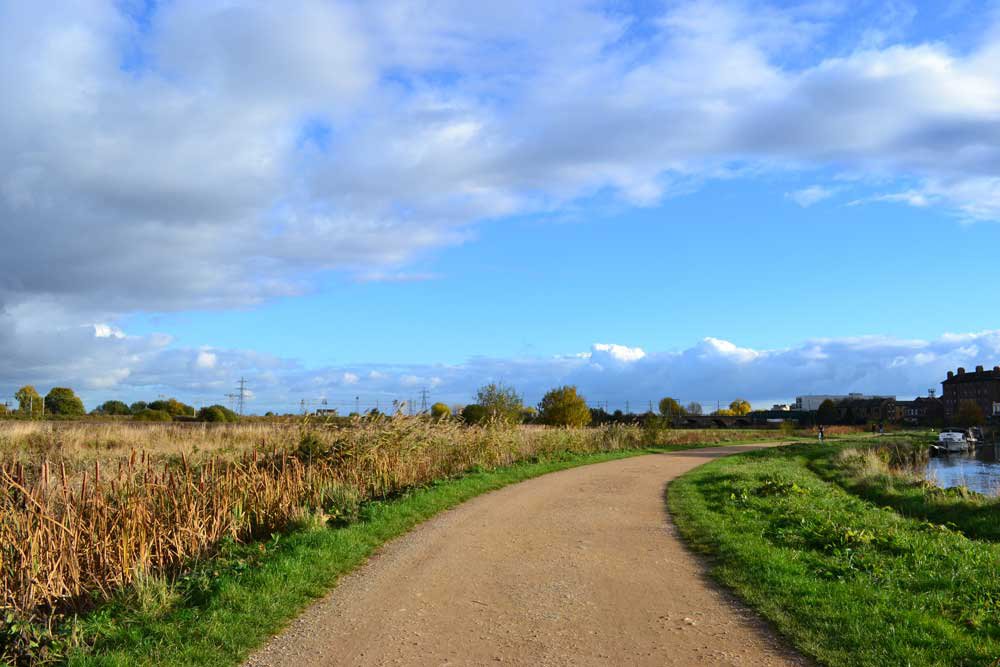 Flanked by the River Lea and Epping Forest, Waltham Forest is a prosperous and diverse neighbourhood nestled in the north-east of London. Having even been home briefly to Damon Albarn, the area has seen a surge in popularity from artists and families alike who value its deep-rooted community atmosphere. As one resident put it: “I’m a proud Londoner but Walthamstow’s where I call home”. 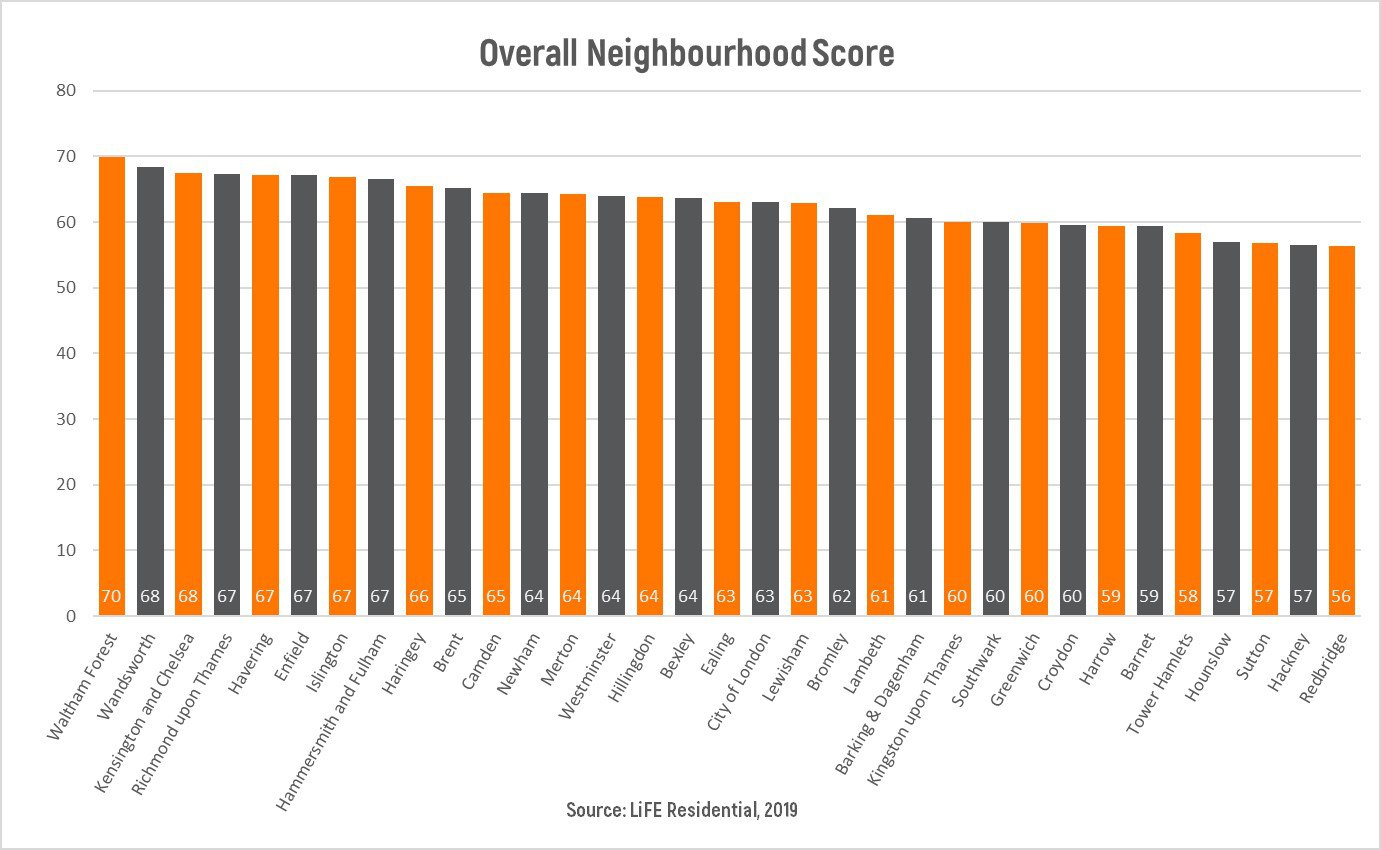