St Bernard’s Gate: Brand new apartments with a historic past

If you’re after a home with a difference, you’ve come to the right place. St Bernard’s Gate in Southall is a renovated off-plan development that sits on the grounds of the very first pauper asylum built in England. Nestled in the leafy borough of Ealing, the development is home to a range of stylish 1 and 2 bed apartments which are in high demand due to the site’s historic interest and the generous sizes of the apartments, an increasingly rare feature in London property. However, much of the beautiful surrounding architecture within the development has been preserved. The original arch, which led to the entrance of the grounds of the asylum, is still standing, offering an instant flash-back to the development’s intriguing past. 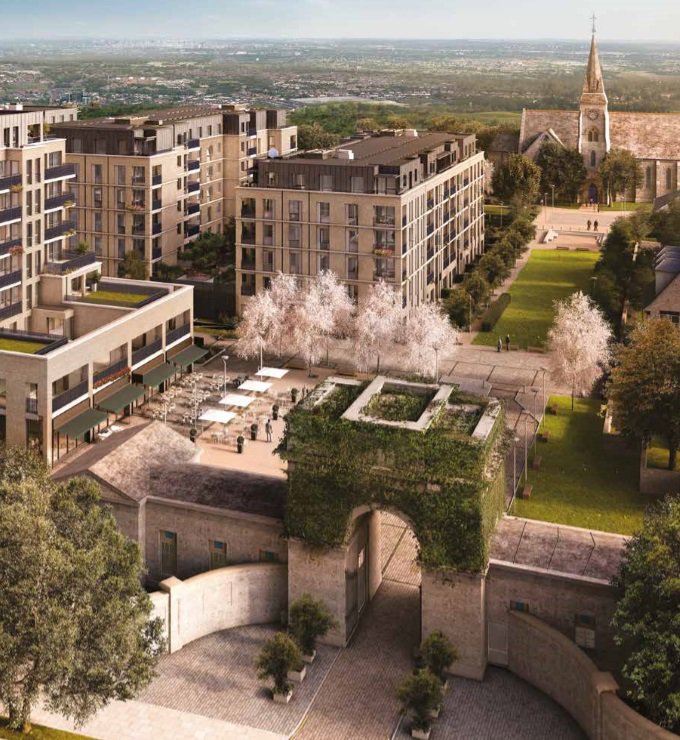 Back in 1831, the building was known as the Middlesex County Asylum, and was the first pauper lunatic asylum to be built in the UK following the Madhouse Act of 1828. Treatment for mental health disorders was only accessible to the very wealthy at this time, with many others just being left in the streets. The asylum was originally built with the hope to house 500 patients, but they quickly realised that realistically, it could only maintain 300. In November of the same year the building was enlarged to accommodate more patients, and up until 1837 repairs, extensions and rebuilding work was constantly being carried out. So much so that by 1841, only 90 staff were responsible for looking after 1,302 patients. By 1888 an attic floor had been added, as well as more extensions, so that the asylum became the largest in Europe and was home to 1891 patients.

The extensive grounds of the asylum enabled it to become self-sufficient. It had a farm, laundry house, bakery and a brewery on-site, as well as a gas works, fire brigade and burial ground for patients whose relatives did not come to collect their bodies. The asylum received great recognition in the field of psychiatric care due to the efforts of Dr William Ellis and Dr John Connolly. The latter abolished mechanical restraints to control patients and introduced padded cells, solitary confinement, and sedatives instead. This was a great success and prompted other asylums to do the same. 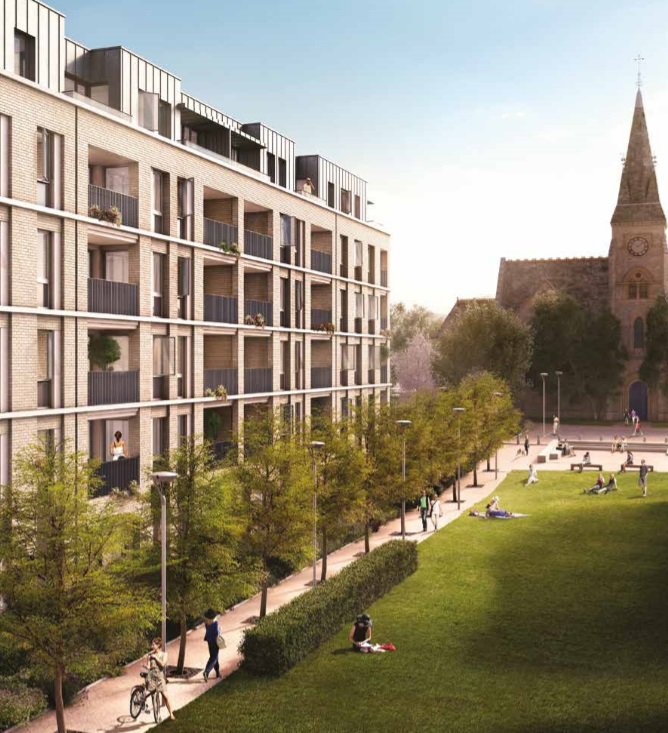 Throughout the years that followed the asylum went under heaps more change, introducing more female staff members and undergoing several name changes. It has even been stamped by the war, as in WWII, the hospital and grounds received bomb damage as did the laundry house, which was hit by a V1 flying bomb aka a ‘doodlebug’, resulting in many casualties.

In 1948 the hospital joined the NHS as part of the North West Metropolitan Region, and was now known as St Bernard’s Hospital. By the 1960s, it held 2200 patients. From then till now the hospital underwent more rapid change, and now exists as an independent trust - part of the West London Mental Health (NHS) Trust. The development consists of part of the old asylum.

"St Bernard’s Gate is a beautiful development with generously sized flats – unlike some other developments. The area is also full of rich history surrounded by some beautiful old buildings that used to be the old sanatorium. Hanwell is also home to the Hanwell Carnival – the second largest carnival in all of London. Held in June each year, it’s amazing fun."

How’s that for a slice of history - what a place to live! Do you live in an interesting/historic development? Email your stories to: info@liferesidential.co.uk. We’d love to hear about your experiences!

During #20YearsOfLiFE, we have let and managed over 10,000 properties, signed over 29,000 tenancies and safeguarded millions of pounds for tenants and landlords alike. Learn the story behind the LiFE brand as told by its creators in this mini-documentary.

Despite drop in demand, the student renters' market is recovering well

Due to Coronavirus implications, the demand of international students within the London rental market has dropped by about a quarter this summer. However, the student renters are not completely lost, claims London-based estate agency LiFE Residential.