East London: a step into history

East London is an area that I pretty much knew nothing about. Living and working in West London, my experience of the East was fleeting. After a morning working in the East London office, I was treated to an amazing whirl-wind tour of the area with our lovely Sales Manager Emma Baldwin. Boy - did I learn!

Emma has worked in East London for 25 years, so knows all there is to know about this vast and interesting part of London. We began our tour at City Island - one of our developments located on a remote piece of land, which when the tide comes in it looks like a real island – who’d of thought it? Good Luck Hope by Ballymore, which is just around the corner, is another development which is located across the river from the O2 and Canary Wharf, and has a lot of interesting history around it. It also acts as a storage haunt for The Royal National Ballet.

One of my favourite parts of the day was visiting Trinity Buoy Wharf, Docklands Arts’ corner, tucked away just down from Good Luck Hope. There is a primary school, named Faraday, located on the island, which children can access by car or boat. There is limited access to the area for the general public so it was a real treat to get a sneak peak. Bow Creek cafe, the only lighthouse in London and Fat Boy’s diner await, (Emma assured me the chicken wings are a hit), as well as the smallest museum I’ve ever seen in my life. It’s one room in a shed… but hey, they still call it a museum, and it was extremely adorable and about the life of Michael Faraday, the “hopping mad” scientist. This was sat next to the building where they often host the final business events for the popular TV show, “The Apprentice”. 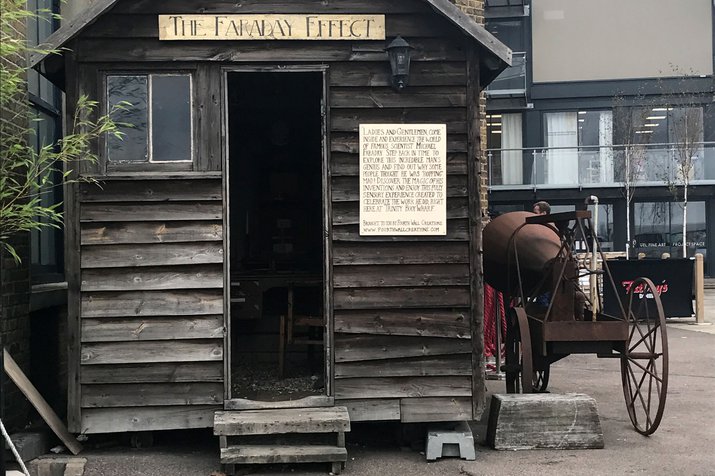 As we drove onto our next location we passed Orchard Wharf, a brand-new development by Galliard which is set to complete in 2019. We pass the docks where, despite their gloomy appearance, Emma tells me you can often see water boarders. We spot the Tate and Isle building, home to the golden syrup brand, which has been there for many years.

After showing me the Asian Business District we take a break at The Royal Albert Dock to get a closer look at the lovely polo statue located on the green. Opposite city airport, the over-exaggerated nature of the statue really stands out, making it appear even more dramatic against the smoky sky. The sculpture was created to commemorate the 2012 Olympics, symbolising the friendship and cultural exchange between the UK and China, the birthplace of ancient polo. 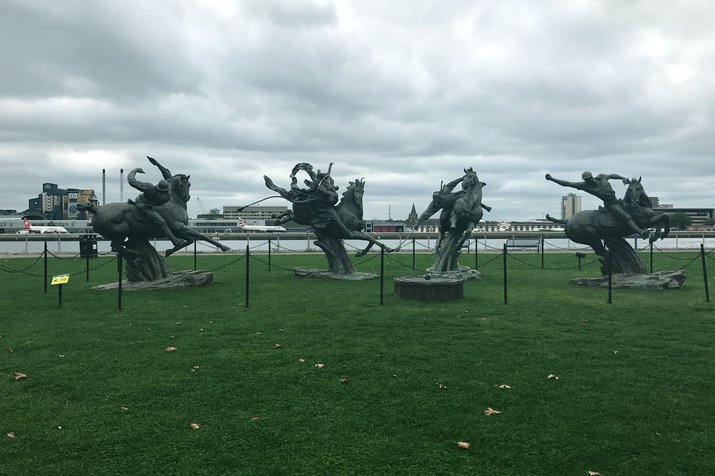 Next we explore the Brick Lane Music Hall, and no, it wasn’t in Shoreditch, but Silvertown. The amazing artwork on the bricks opposite gives the place such a vibrant and warm feel. Unfortunately, we couldn’t go inside but I’ve heard rumours that it’s every bit as beautiful. 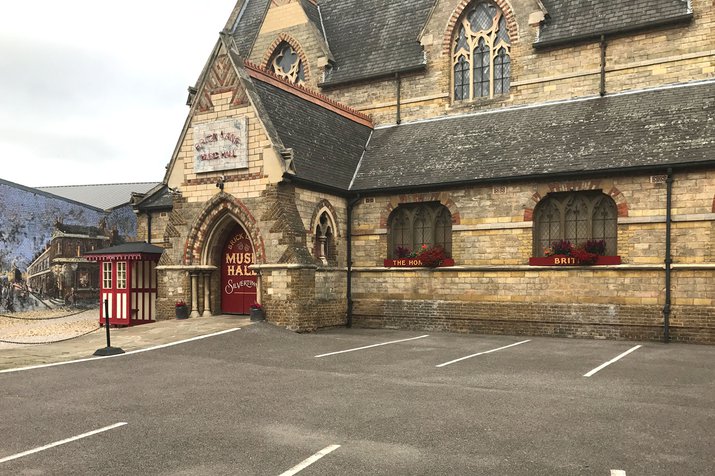 After leaving Emma I visited the beautiful sculpted gardens by Royal Wharf. Crafted by a French designer, the garden offers a slice of peace in the busy city. However, this was somewhat disturbed by the building work going on around me. Royal Wharf has already changed so much since I first visited earlier this year. It really is going to be remarkable when it is completed.

The rest of the afternoon was spent exploring mostly on and off the DLR. As well as the rich history that East London has weaved throughout its roots, I learnt that it would take much more than one afternoon to really appreciate this amazing area of London. I hadn’t realised how many hidden gems there were and how interesting its history was.

Hopefully this blog has taught you some new East London facts! Thanks for enlightening us Emma – I will be back.