By using this site you agree to the use of cookies.
> Search properties to buy 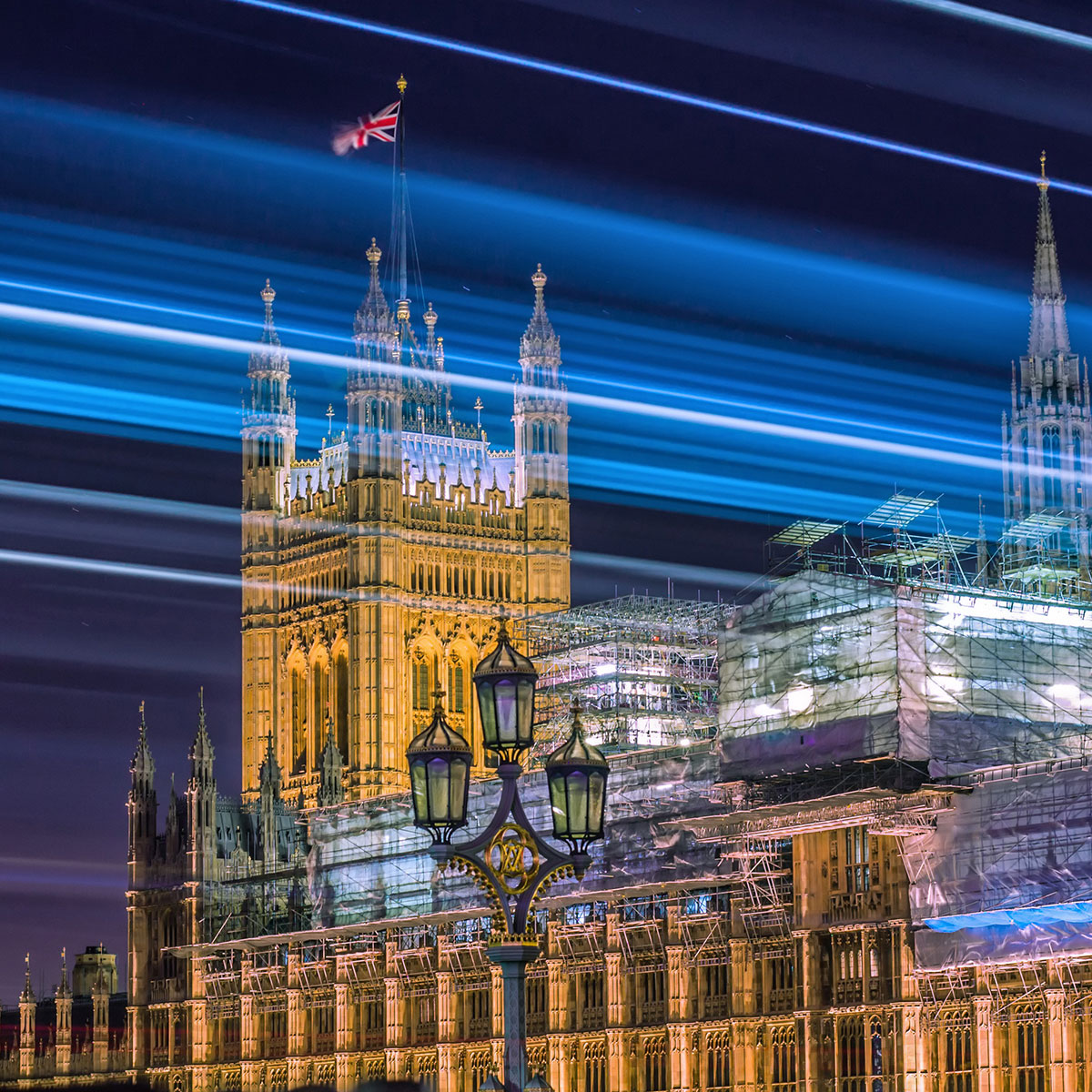 Love it or loathe it, Brexit is still happening, and since 51% of voters agreed we would be better off without the EU, the leaving process has been featured on the front pages of the British media ever since. With the initial triggering of Article 50 on 28th March 2017, the UK now has until March 2019 to ensure that everything is sorted as we exit the EU. 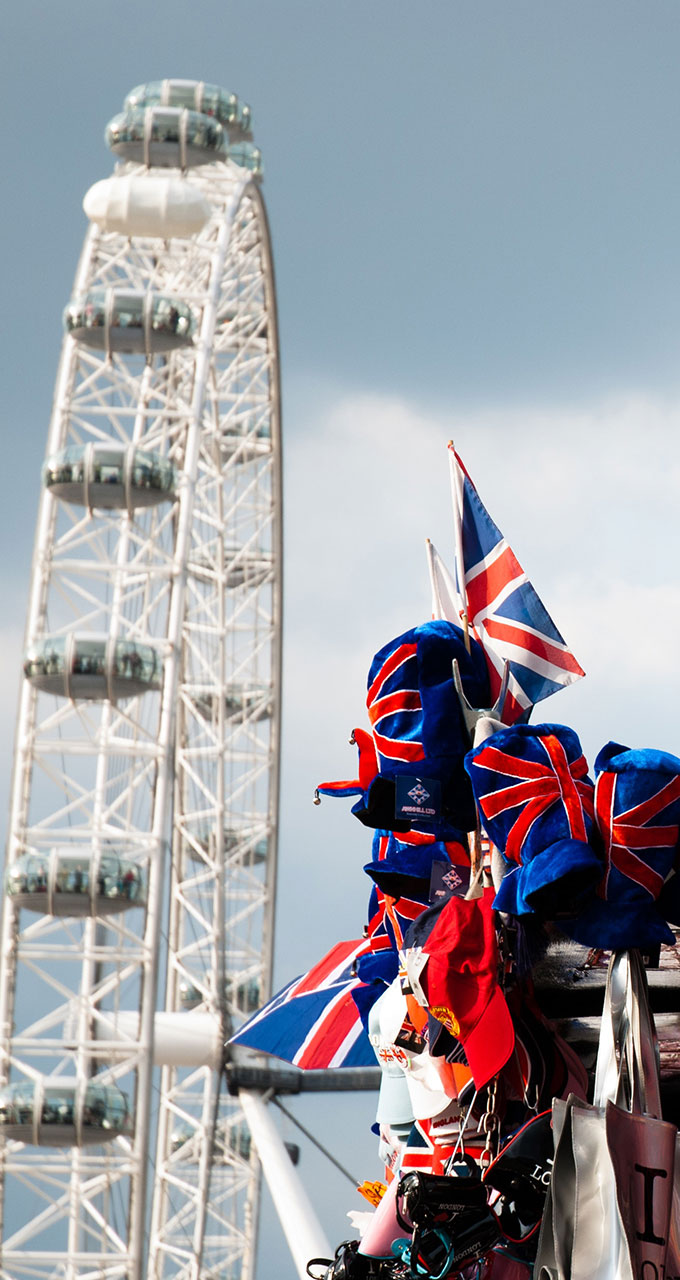 The day after the referendum, when all the votes were counted, Britain woke to an air of disbelief as those who voted to remain discovered they’d fallen short by approximately 1.2m votes. When the initial vote was announced, the response may have been celebrated by the 17m people who supported the Vote Leave campaign, but the pound initially suffered and dropped to a 31 year low. This in turn also affected London’s property market and the confidence that investors all over the world had in it.

Immediately after the referendum, the Royal Institution of Chartered Surveyors forecasted a sharp fall in housing sales and claimed that many of its members were more sceptical of the housing market than at any point since the late 1990s.

Our Director of Sales, Scott Ayliffe, spoke about the condition of London’s property market straight after Brexit:

"Like with any significant political change, the market reacted. Typically, the markets don’t like change, it creates instability which has a knock-on effect on our economy and in turn, this isn’t great for the UK’s property market. However, we’ve witnessed another case of London’s property market showing resilience in the face of a new political climate.

With the initial perceived economic instability and Britain’s media seemingly obsessed with the doom and gloom wrought by Brexit, it would be safe to assume that it was an inconvenient time to invest in the capital’s housing market. However, our month-on-month agreed sales figures actually saw an improvement compared to the previous year."

At LiFE, we managed to turn the initial Brexit uncertainty into a success with an increased turnover of 17% in 2016 and a further 19% in 2017. This shows that even in times where the future is ambiguous, London still presents investors with a wonderful place to invest with the aim of growing long-term capital growth.

How did London react?

In hindsight, we know that the initial uncertainty didn’t permanently damage London’s property market. However, when the result was initially announced, the capital felt some backlash.

Whether it was families within Britain or foreign investors, many were unsure if they should proceed with house purchases. As the Financial Times reported, many buyers pulled out after finding out that Britain had chosen to leave the EU.

Overall, the backlash on London’s property market was nowhere near as severe as many expected, and although housing prices had slowed down, this can’t be directly attributed to Brexit due to the increase in Stamp Duty a few months before. 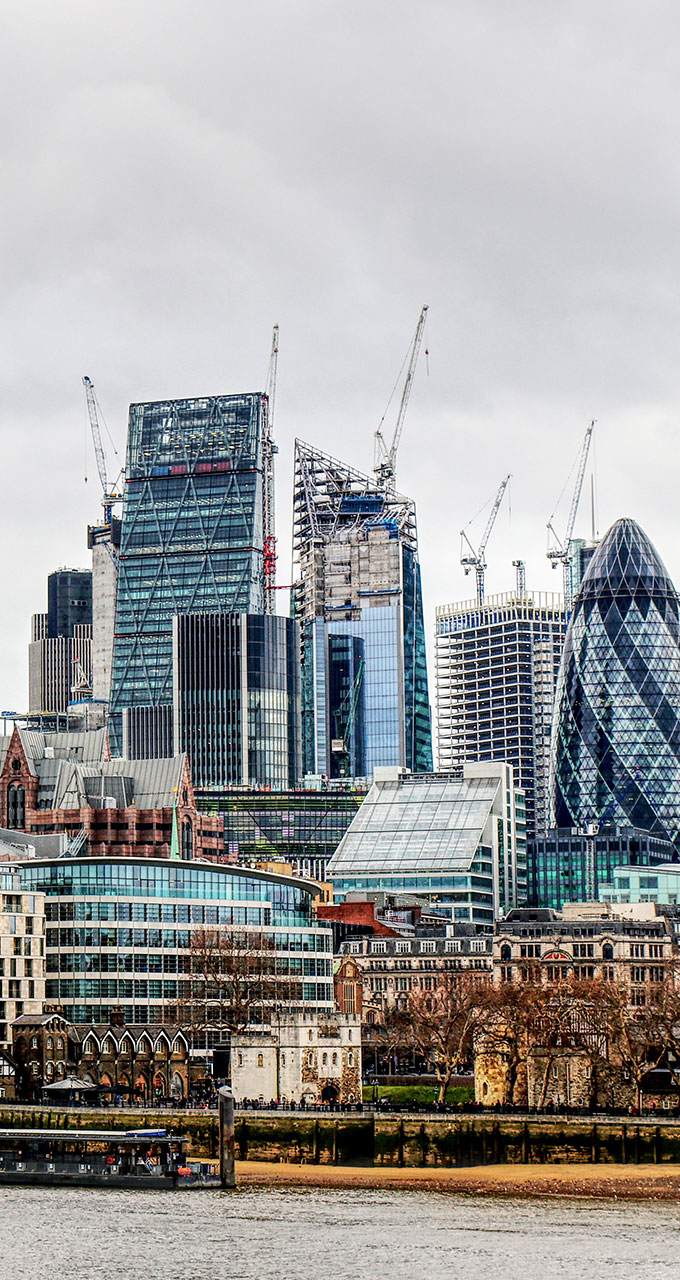 Within 100 days of the Brexit vote, even before Article 50 had been signed, London’s property market had already showed just how resilient it can be. Despite taking the hardest hit, prime central London was buoyed by foreign investors who found themselves receiving discounts of around 15-20% thanks to a fall in Sterling. 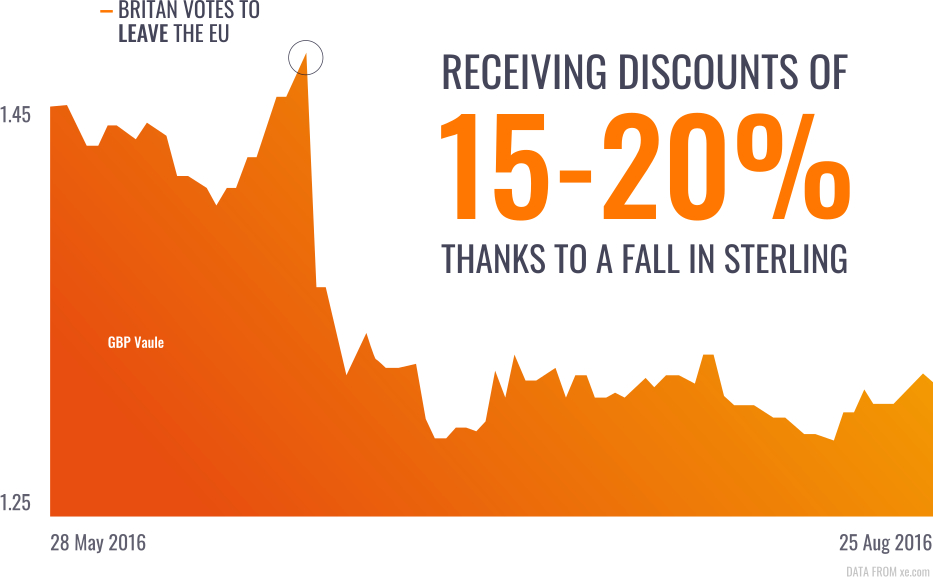 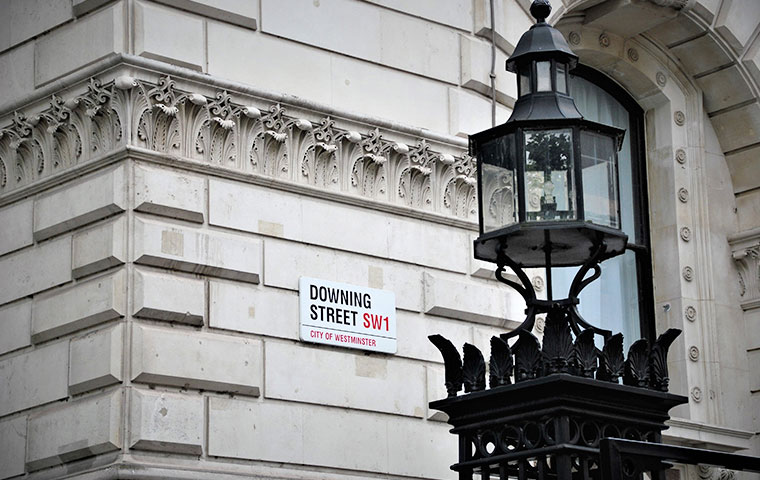 As of 10th November 2017, Britain crossed the halfway mark to the final date that will see us part ways with the EU. While many expected the London property bubble to really struggle after Article 50 was signed, it has actually seen sturdy growth in several areas.

Director of Sales, Scott Ayliffe commented on why London’s property market is still so attractive to overseas investors, even after the referendum:

"It’s widely known that transactions for prime and super prime properties have been lower, in fact even properties around the £2m bracket are seeing slightly less interest. However, London’s prices have suffered no sharp increases or decreases in prices and mortgage rates are still historically very low. In fact, there’s an argument that for anyone who can get a deposit together, there’s never been a better time to invest."

As we are now firmly in the second half of our journey away from the EU, it will be interesting to see how London’s property market reacts as negotiations progress. Forecasts featured in the Evening Standard predict that up until 2020, London’s property market will maintain the favourable investment climate that investors, especially those overseas, have come to expect since the referendum.

Why is London still so attractive to investors?

At LiFE, we wanted to know why London was still attracting investment both domestically and overseas. We sat down with our experts on the lettings and sales sides of our business to discover just how London’s property market is delivering profitable investment opportunities despite Brexit uncertainty.

The UK’s planned departure from the EU is creeping closer as we prepare to leave the single market behind. However, despite predictions that the companies who help support the backbone of London’s economy will flock to other EU countries, the capital is still thriving.

From finance to technology, London is a leading force in many sectors and Brexit isn’t set to stop this. Whether it’s to take advantage of the booming industries or to simply experience the London lifestyle, foreign investors are still looking towards the capital. 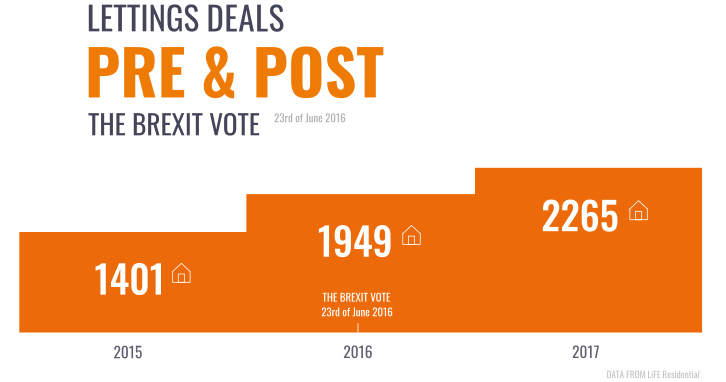 "A lot of the panic we’re seeing around Brexit is purely media-based; London properties are still completing at a healthy rate. Our lettings department has had its busiest ever year in 2017 and we know that if a property is presented well and priced sensibly, it will let. There is still fantastic demand from people all around the globe to come to work, study and live in London. With or without Brexit this will not change."

Similarly, the sales side of London’s property market is still providing solid opportunities for those looking to invest, whether they’re overseas or domestic.

One of the post-referendum stories we’re seeing about the market is that capital growth has slowed from the perennially expected 6%, and UK auditors KPMG forecast that it will average around 1.5% until 2022. Whilst not at the levels we have become accustomed to, this is still growth and anyone who has invested in London property will continue to see their assets grow.

Comparably many foreign investors still see the London property market as an attractive investment vehicle. For example a Singaporean client will have to battle increased Government intervention and cumbersome legislation both domestically and in the well-trodden Australian market, leaving London as a viable, safe option with strong scope for hearty capital growth across the medium term.

"Whilst political and economic concerns have cooled growth levels in the short term, the London property markets’ inherent resilience make it an undeniably viable prospect. Informed investors have pushed their investment hold to the medium term and beyond whilst capitalizing on the softened short-term demand to enter the market now with diminished competition. The fundamentals remain and history is our best guide – do you know the one about the investor that bought in London and didn’t make money? Nor do I ... "

While there is some uncertainty around what the Brexit outcomes will be, London has continued with 'business as usual'.

We saw similar sales figures in 2016 and 2017, despite the doom and gloom predictions that London’s property market is going to crash. Both of these figures marked an increase from 2015’s numbers and this growth wouldn’t have been possible without a healthy property market.

Regardless as to whether it’s buying or letting property in London, the city is constantly attracting people from all around the world. Despite the referendum result, London is still booming and no matter how the Brexit talks go, it will remain a global hub of innovation with a property market that will continue to entice both domestic and foreign investors. 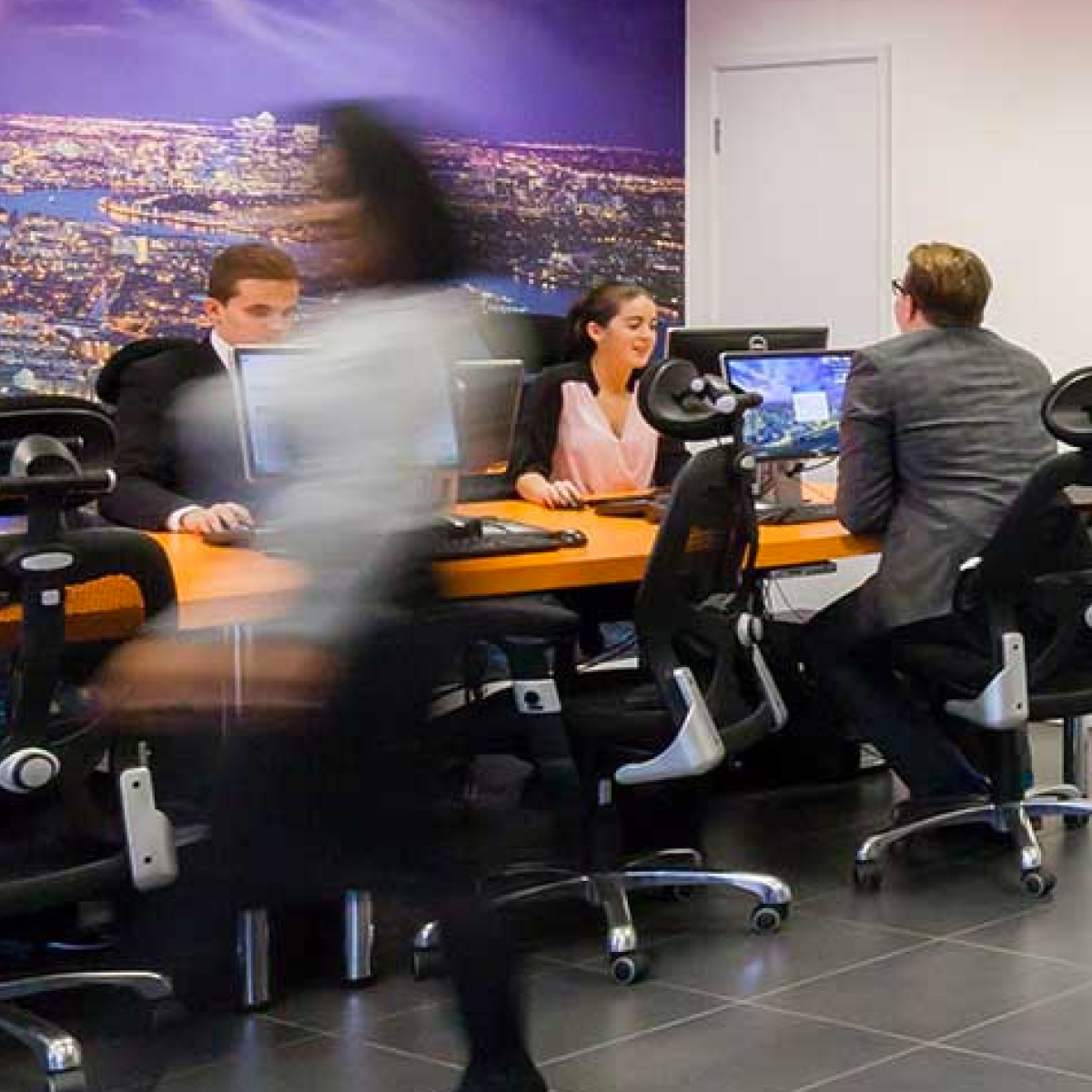 Predicting how the capital is going to develop can be difficult. In 2017 alone, London faced strikes, a general election and even more Brexit uncertainty. However, despite these hurdles, London’s property market has remained resilient and still maintains itself as a safe asset for those looking to invest in the city, whether they’re domestic or overseas.

When asked about the overall effect that Brexit has so far had on London’s property market, Scott Ayliffe offered reassurance:

"The best way to analyse London’s property market is to listen and learn. While the Brexit uncertainty may be worrying some, the investors who analysed the immediate impact were able to get properties that were between 15 and 20% lower after the drop in Sterling was taken into consideration. London’s property market has always been viewed as a safe asset and it will take more than a referendum to change that."

Worried about Brexit's effect on your buy-to-let? Not sure where best to invest? Get in touch and we'd be happy to help.